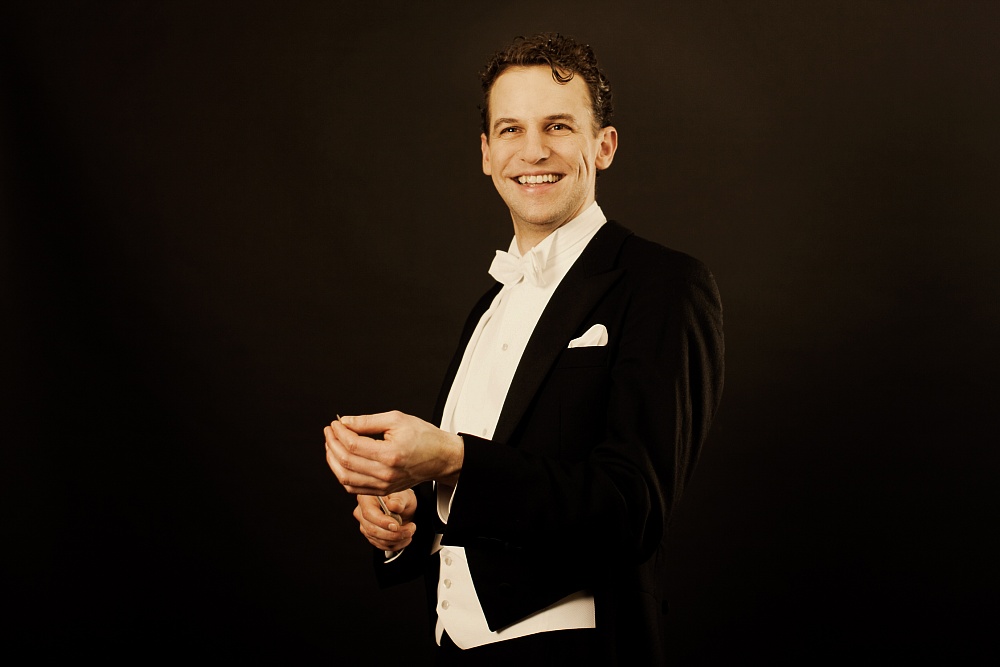 In 2006 Praxmarer made his debut at the Lehár Festival Bad Ischl, followed by numerous productions and a 2011 gala concert with Angelika Kirchschlager, with whom he has worked regularly since. In 2011 Praxmarer also conducted Le nozze di Figaro at the opera festival in Klosterneuburg. Further debuts took him to Vienna’s Volksoper (Das Land des Lächelns), the Bregenz State Theatre (Die Zauberflöte), and in Switzerland the Bern Theatre as well as the St. Gallen Theatre.

In 2012 Praxmarer made his debut at the Vienna State Opera with Richard Wagner’s early work Die Feen. In 2012/13 he was the musical director for the State Opera’s revival of the children’s opera Das Traumfresserchen; in 2013 he conducted the world premiere of Elisabeth Naske’s children’s opera Das Städtchen Drumherum and in 2014 Wagner’s Ring of the Nibelung for Children. In 2015 he was invited to conduct the production Siegfried et l’anneau maudit (an abridged version of Wagner’s Ring of the Nibelung) at the Opéra national de Paris.

In 1998 he founded the Viennese chamber orchestra Divertimento Viennese, whose artistic director he has since been. Together with KS Angelika Kirchschlager the orchestra appeared in the spring of 2016 at the Brucknerhaus Linz and at Vienna’s Konzerthaus with works by composers forced into emigration (Korngold, Schoenberg, Weill). In the season 17/18 the orchestra performed in Vienna and abroad, just as New York, Milano, Chemnitz and Las Palmas (Gran Canaria).